Cajun music used to be one of the great hidden treasures of Louisiana.

As a linchpin of the state’s once-isolated Acadian culture, it was relegated to house parties and dance halls for local enjoyment but virtually unknown to the outside world. Modernization finally caught up with south Louisiana after World War II, but it threatened many aspects of the Cajun lifestyle in the process.

It was only through an unlikely combination of foresight, musical talent, an abiding devotion to cultural traditions and luck that the music sustained itself until the Cajun cooking craze of the 1980s helped to prompt a national interest in the people and their folkways. That spawned a cultural tourism industry that began prodding a broader audience to embrace the music of the fais do-do, whether the French lyrics were understood or not.

This artistic evolution is chronicled to great effect in “Accordions, Fiddles, Two Step & Swing,” a collection of essays edited by Ryan A. Brasseaux and Kevin S. Fontenot.

For many a neophyte fan, exploration of Cajun music begins via Rounder Records’ familiar compilations sold as commonly in grocery stores, restaurants and seafood markets in south Louisiana as in music shops.

With names such as “Cajun Dance Hall,” “The Real Louisiana” and “Cajun Saturday Night,” the CDs stitch together a musical patchwork of old and new, fast and slow, traditional and cutting edge, so it’s not unusual to find a country-sounding chanky-chank tune by Grand Ole Opry star Jimmy C. Newman followed by a raucous bayou-based send-up by BeauSoleil. Such artistic diversity can be striking — something akin to rock ‘n’ roll’s British Invasion sending us the Beatles’ “Yesterday” alongside the Rolling Stones’ “(I Can’t Get No) Satisfaction” in the summer of 1965 — but it’s all Cajun.

Think of “Accordions, Fiddles, Two Step & Swing” as the literary equivalent of a sampler CD.

Part history, part social commentary and part “Behind the Music” exposé, the book is a compendium of the most important writing on Cajun music over the past 75 years, augmented by new articles written or solicited by the editors. As such, the writing styles — and points of view — drift from stilted, scholarly research to insightful criticism. That imparts an uneven tone to the collected readings, but that’s no accident.

The work “is designed with scholars, students and Cajun music aficionados in mind,” Brasseaux and Fontenot say in their introduction. “The articles included here represent the spectrum of Cajun musical expression as interpreted by authors from all walks of life. Materials ranging from instrumentation to information dealing with specific artists and social contexts demonstrate that Cajun music is defined more by ethos and social context” than stylistic features.

The stories are all over the map, both musically and geographically. Besides profiling the usual suspects such as fiddlers-turned-cultural ambassadors Dewey Balfa and Michael Doucet, the book explores such figures as Maius LaFleur, a talented accordion player from Mamou who was shot to death barely a week after he made his first and only recordings in 1928, and Vin Bruce, heartthrob to a generation of Cajun girls from the Terrebonne/Lafourche bayou country.

With a few glaring omissions, the book lands somewhat short of all-inclusive. Little is said of the work of California-based Arhoolie Records and Rounder Records of Massachusetts, which have gone above and beyond the call of duty over the years in making Cajun music available to the masses. Similarly, a meaningful exploration of Louisiana’s unique cottage industry of diatonic accordion makers would have been appropriate here.

Much more than just a retelling of who recorded what, though, the book provides important perspectives on how the music has reinvented itself over the years, both within the strictures of the Cajun culture and beyond them.

“The growing popularity of Cajun music, especially on the American folk festival scene, has generated interesting questions,” University of Louisiana at Lafayette folklorist Barry Jean Ancelet writes in “Cajun Music,” an essay first published in 1994. “What happens when musicians from other cultures fall in love with Cajun music and begin to play it? Is this still Cajun music? . . . In many cases, the outsiders play a brand of Cajun music that is more historically ‘authentic-sounding’ than that of some contemporary Cajun groups that can, of course, afford to experiment within their own tradition.”

In 535 pages, “Accordions, Fiddles, Two Step & Swing” effectively covers the music’s history and inspirations and the curious twists and turns on its way to its current incarnation. Among the book’s 42 chapters, though, two stand out as the most provocative and enlightening about the music as we know it today.

Brasseaux and Erik Charpentier collaborate on a valuable assessment of the most dynamic of the genre’s modern-day trendsetters in “Fabricating Authenticity: The Cajun Renaissance and Steve Riley & The Mamou Playboys.”

Accordionist Riley, fiddler David Greely and their cohorts are as talented a group of musicians as can be found in Acadiana, accenting their playing with harmonies to rival Crosby, Stills & Nash on a good day. Beyond its virtuosity, though, the band has been out front in exploring the historical foundations of their medium, seeking out songs and poems of 19th- and early 20th-century Acadians and Creoles and applying reverential modern-day interpretations, thus turning the music back upon itself.

“The Playboys now stand as the established point of reference, ” Brasseaux and Charpentier write, for “(b)udding Cajun musicians . . . betwixt the English-speaking world they comfortably engage everyday and a body of French compositions that harkens to the ephemeral traces of Francophone Louisiana lingering in the community’s collective memory.”

And in “The Cajun Music Festival: Genesis and Legacy,” Ancelet traces the creation and endurance of Festivals Acadiens, the Acadiana region’s Cajun music equivalent to the New Orleans Jazz & Heritage Festival. 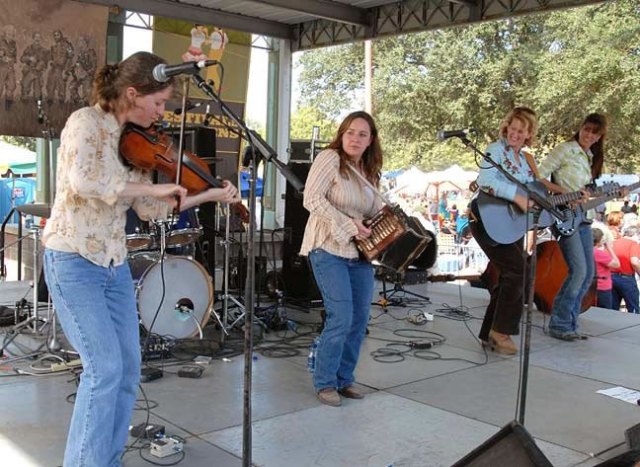 Cajun music festivals are commonplace on any given weekend in south Louisiana today, but it’s useful to recall how the first, and the most important, began in the mid-1970s amid political infighting over how Louisiana’s rural French heritage should be preserved, awareness that the old masters would soon be dying out and uncertainty over whether anyone would even care.

They cared, all right. Today, the music is an international phenomenon, celebrated in festivals and workshops from New England to Scandinavia.

“Meanwhile,” Ancelet writes, “with their growing acceptance and popularity, Louisiana French musicians now perform in places that would once have been considered highly unlikely, from presidential inaugurations to Carnegie Hall, and perhaps more important, in many south Louisiana schools. Yet beneath all the flash and glitter, today’s performers are simply doing what Cajun and zydeco musicians have always done: creating new songs and finding new directions for growth, all the while drawing on the deep roots of their traditions. That is how music is made when a culture is alive and well.”

Originally published in The Times-Picayune, December 10, 2006.

Edited by Ryan A. Brasseaux and Kevin S. Fontenot